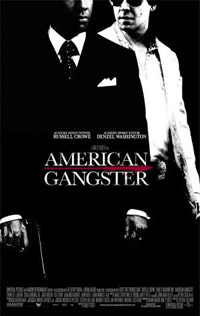 A while ago when I was having a drink with my mates I had this conversation with René. This time it was about the Ridley Scott movie American Gangster with Denzil Washington and Russel Crowe. At one point René told me that he didn’t like that movie very much as it ended kind of abrupt. He thought it was very disappointing to watch a movie that was also nominated for an Academy Award and that ended that suddenly.

I was flabbergasted at that moment and we talked about the ending of the movie. It seemed that he and his wife had missed the last fifteen minutes of the movie. When I told him how the version ended that I saw (I’ve seen so many movies in the meantime that I don’t really remember at the time of writing this down) het turned to his wife and said: