Recently we were on the prowl at the zoo again. I want to show you four of the images taken with kind of a recipe how they were taken in the description below each photo.

You can click on the images for a larger version.

OK, let’s have a closer look: 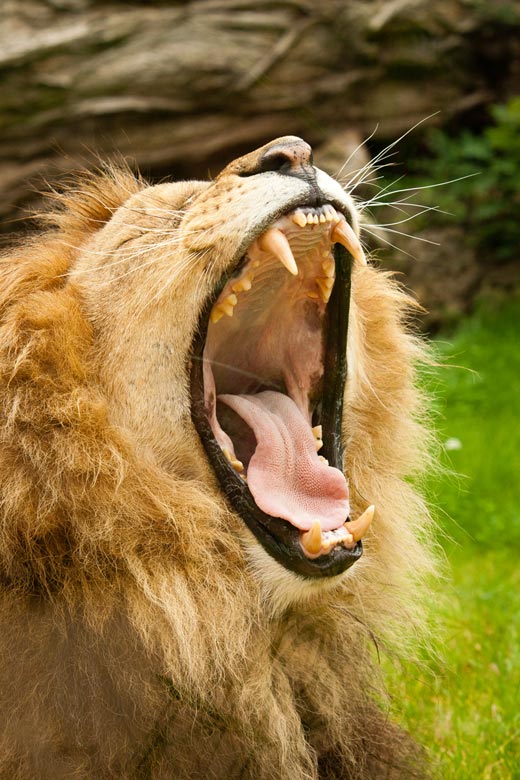 Actually this tired boy above was a shot that I would reject in the first place. I explained to my friend Pedro why this was and he said that het didn’t noticed it. Reason enough for me to not mention the flaw by name and just keep the image.

It was a cloudy day and light wasn’t optimal, so I raised the ISO to 800 what allowed me to freeze the yawn of Mr. King here with a shutter speed of 1/500. The aperture was set to f5.6 what gave me an overall sharp lion while the depth of field still was OK. The focal length was 70 mm. The distance between this hunter and me was approximately 2 meters and looking at his teeth I was glad to have security glass between us. 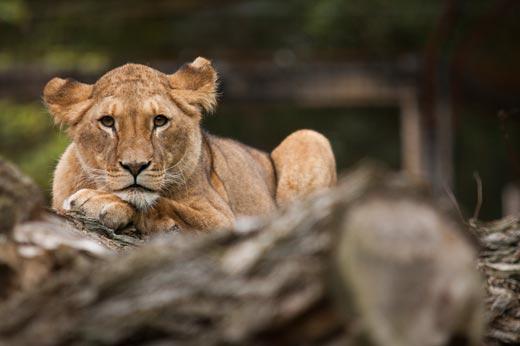 Our King friend has 2 ladies. It’s always tricky and it demands a high patience level from your side until you can catch an animal in just the position you are looking for.

While I was focused way too much on the other female lion (that I considered the more beautiful animal) this one suddenly grabbed my attention by looking straight into the camera. What I personally like at this one is the depth of field. The bokeh in the back- and in the foreground.

This time I could lower the ISO of my Rebel to 200 what gave me a shutter speed of 1/800. The focal point was 200 mm, so the animal was far away enough to shoot with an aperture of f2.8. This way there is nearly no bokeh within the animal itself if you know what I mean. 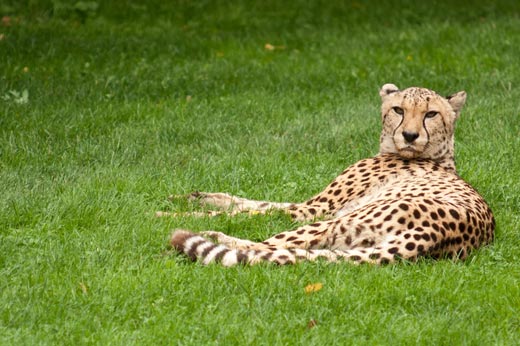 Yes, I admit that I shot wide and cropped when I came home. The reason for this is simply that this Cheetah was laying so far away that I just couldn’t get it any closer. Anyway, I loved the relaxed expression and decided to keep it. 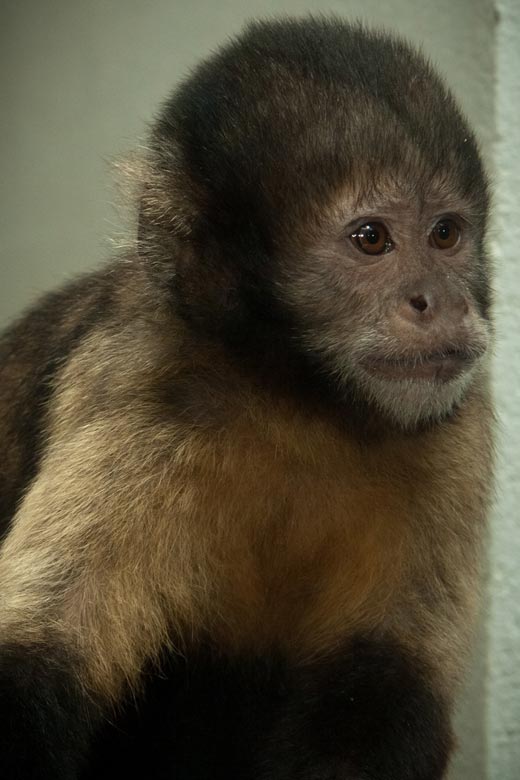 Another one that I cropped in a royal way. I did this because whilst reviewing the image I decided that the rest of the image was just to distracting from the main subject. As I like the facial expression I decided to keep this one. The eyes of this little friend tell me that he just discovered something new that drew his attention entirely.

This shot was taken indoors with a flash. The ISO was 400 in this case. It still has a nice bokeh even though I shot it with f8.0 at a focal length of 97mm. The shutter speed was 1/200, the maximum I use when shooting with a flash.

Gosh, it sounds like I’m knowing what I’m doing when I’m on the prowl for images.

Thanks for visiting. I hope you have a great day!

2 thoughts on “The King, The Lady, The Cheetah And An Ape – Some Recipes”