Would you consider Spiderman a graphic novel or a comic book? 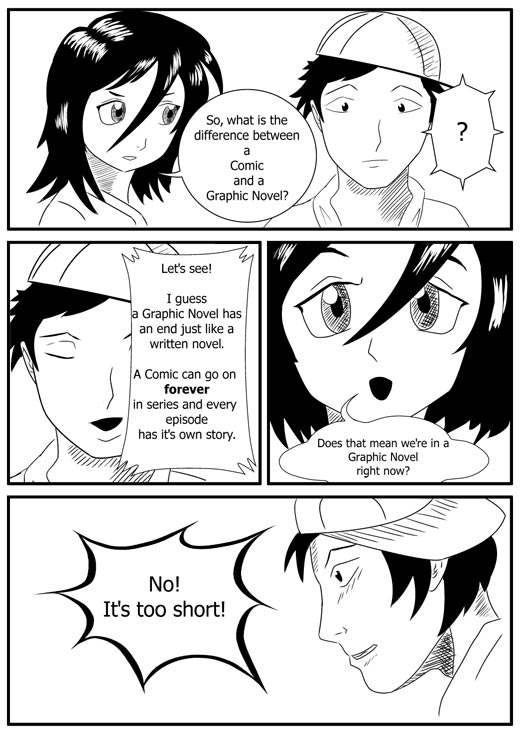 The boy in the strip above could be right when it comes to define the difference between comic books and graphic novels. Just as the normal written novel, the graphic novel tells a story from begin to the end and then it stops.

But this is where the confusing part starts. Aren’t there novels out there where one sequel is following up the next one without any end in sight? If the definition of a novel was that it has to have an end (like the Harry Potter series), then this novels would disqualify themselves as novels, wouldn’t they?

I think first of all the label graphic novel is invented to create a new market and get more mature readers over the edge to read more comics.

When it comes to define what a graphic novel really is, I think it lays in the eyes of the beholder. I like to see it as a regular novel told in images instead just in text.

I’m very curious about your thoughts on graphic novels and how to define them. Please share your 2 cents in the comment section below.

74 thoughts on “Difference Between A Comic And A Graphic Novel”