This is a funny one. When I gave my girlfriend (who seldom recalls the names of actors if they are not Jeremy Irons) a preview of this comic version of Martin Farlain she said: He looks like this annoying actor.
I replied: He doesn’t look like Christopher Walken.
She asked: How did you know I meant Christopher Walken?
I answered: I know what actors you find annoying.

What is so funny about that? Now…

…honestly I had an actor in mind when I wrote the book: Donald Sutherland. But if I look at it at this very moment I have to agree with my girlfriend that the result looks a little bit like Christopher Walken. Doesn’t it? 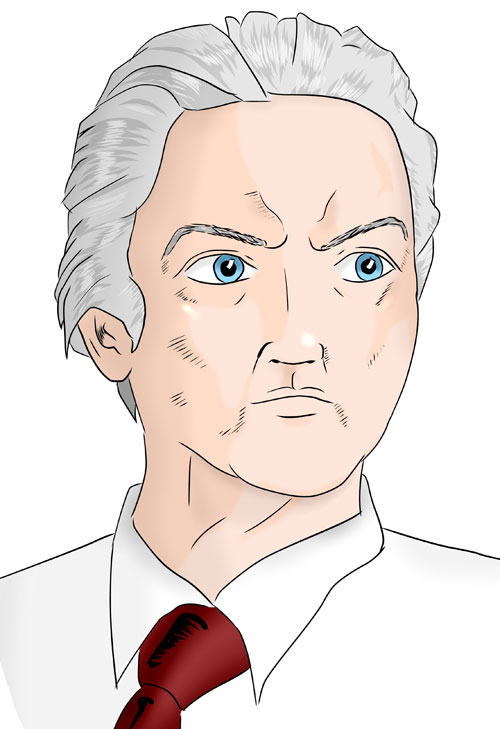 I think it’s the nose I have to work on to take this Walken-look away. As always this is a first draft.

Martin Farlain is the CEO of P&S Steel in Detroit and the boss of Jack Acers. He refuses Jack a pay-rise. A thing he should have think about twice as Jack is the head of the IT department of the company.

Related articles can be found on the page on Comic Art.