The next character from my novel is Jack’s youth friend Jorgo the Greek, who contacts him after many years. The image I show you today is slightly different from the look of the character I had in mind when I wrote the book.

Nonetheless I’m happy with this first draft as it represents Jorgo and his character very well: 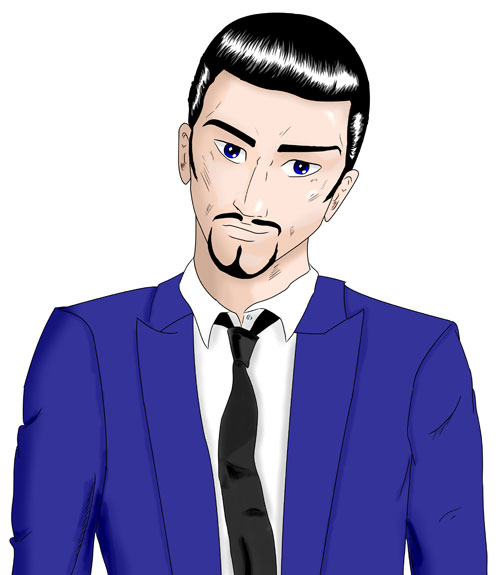 Jorgo is successful active on Wall Street at the time he contacts his old dude Jack. What do you think? Is he up to something good when he shows Jack how easy it is to get his lost savings back? Would you trust him? Should Jack?

I’d love to read in the comment section what you think.