Another day doodling a little and trying the tools of Manga Studio EX 4. Before I explain what I did, let’s take a look at the result: 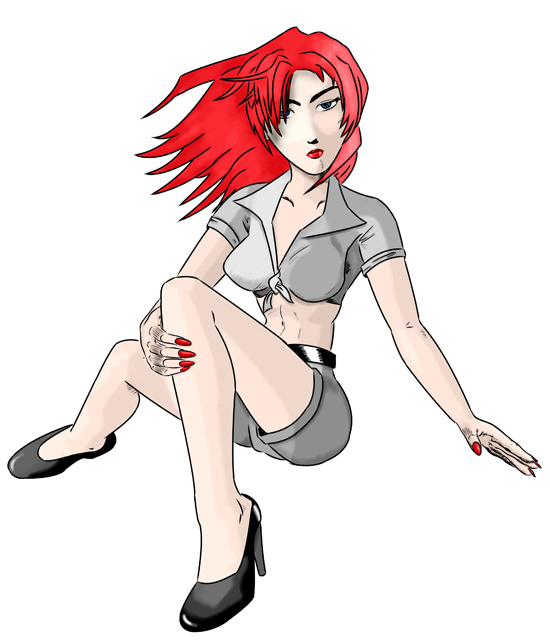 This time made use of the possibility to import 3D-objects. In the case of this friendly young lady above, I used one of this dolls that in real life are made of wood with this enormous joints. In Manga Stuido EX 4 you have them in various shapes in virtual form. You can bend them and turn them in every thinkable way. As far as I know you don’t have them in Manga Studio Debut 4.

Did you by the way notice that there are a bunch of videos out there where the title says tutorial and when you watch them there is no explanation at all? You just see someone draw and listen to a music. To this guys I want to say: Don’t call it a tutorial. A tutorial explains what happening!

Anyway, this is no tutorial either, but I want to say what I did:

Just like last time this is not really Manga and that wasn’t my intention. It may even look a little awkward but the goal was still to learn to handle the pen tablet, what goes easier from drawing to drawing and try the tools. Next time I try to produce some real work.

I hope you enjoyed this example and I look forward to your next visit to my blog.

Have a nice day ahead!