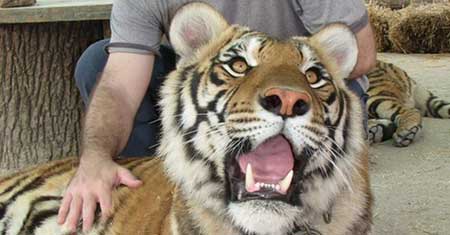 Lately it is a kind of a addiction for me to start stumbling with stumble-upon before I finally decide to go to bed. It’s like allowing myself a break of entertainment to finish the day.

Last week I stumbled over this post: The Bizarre Zoo In Argentina

After looking at all this pictures and reading some of the comments, some questions were rising in my head:

Do you think this is responsible? Personally I get the creeps when I see this nice woman sitting on the ass of the big lion. Sitting on my lap would be much safer, but that’s something else of course. Maybe you want to join the discussion at the original post or leave your opinion here. I would appreciate to read what you think about this.

Have a nice day!
Mario